The Devil’s in the Details.

Over two years ago my partner Laetitia set up a Facebook group for me called Village Witch.  It was specifically created to be a forum for anyone who had read my book and wanted to ask questions about it.  Here’s the general description:

This group is for discussion about the book Village Witch, the life and work of Wisewomen.  Feel free to ask any questions relating to the book and Village Witchcraft, Folk Magic and work within a village Community.  The emphasis will be on down to earth practical application of Cunning Craft.

For a long time not much was asked and apart from the occasional, albeit positive feedback from the members, there has been a lack of interesting threads to follow.  However, just recently this has begun to change.  The other day I was asked about one of the spells that was mentioned in my book called ‘Pinning the Devil’.  The querent wanted more detail hence this particular posting! Here’s the details of the spell as lifted from my book of charms:

Aka Pinning the Devil

Write on a small piece of paper the object that you wish to find.

Take a long pin, a hatpin is ideal, and run your finger down the pin towards the sharp end speaking aloud the name of the lost object.

Continue chanting this over and over, building up the energy until you feel that you can’t put anymore energy into the needle.

Then thrust the needle through the piece of paper and stick it on the back of your sofa/settee.

Leave in place until the object is found.

The aforementioned Devil, I  believe is referring to mischievous house spirits who delight in hiding objects and later revealing them in the most unlikely places.  I decided to also consult a colleague of mine who I know utilises this particular example of folk magic.  Her name is Seldiy Bate who is a renowned psychic,  an accomplished astrologer and a mine of information concerning intriguing magical spells.  I asked her  views  upon ‘Pinning the Devil’ and here is her response: 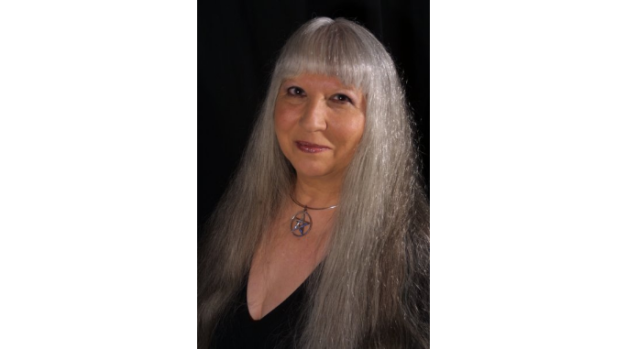 This is a tradition that was in almost every branch of my family.  The way I was taught was that you write the name of the lost object on a piece of paper and then you pin it violently to the back of the sofa with a hatpin (or a pin if no hatpin available). Once the object returns, you remove the pin. You say “I pin the Devil” when you stick the pin, and I would imagine it is to fix the object into your possession and perhaps to spur the house spirits into action, whether it’s a goad to get them to return your property, or a punishment, I am not sure! Perhaps it’s to make them squirm until you remove the pin, which only happens when you get your stuff back!

Some people do it without the piece of paper, just by naming the lost object. Some say you have to take the pin and circle it anti-clockwise over the arm of the sofa, whilst visualising the lost object, you say “I pin the Devil! Return to me my …. (name the lost item)” as you stick the pin in the arm of the sofa (a bit dangerous for an unsuspecting guest!).  If you don’t own a sofa, use a cushion. I’ve done that with good results.

As with most folk magic I would imagine that the Gods, spirits or daemons got demoted into being called the Devil over time. It’s funny how some people who wouldn’t dream of mentioning the Devil in any other context seem to be ok doing this spell! 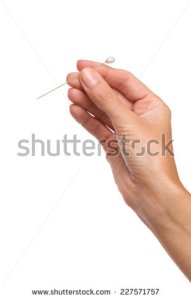 It’s interesting and ironic to consider how much essentially Christian imagery is used in so much of folk magic.  I say ironic because so many people associate witchcraft and the like with paganism and like the well-known Gospel song – “It Ain’t Necessarily So!”.  Although it is my belief that witchcraft is not a religion, folk magic/cunning craft utilises whatever is around that is effective and that includes belief systems.  When the majority of your clientele comes from a Christian background then it’s not too surprising to see that symbolism creeping into the spellcraft.  This is why so many of the old charms incorporate, Mary Mother of God, the Devil and the Four Apostles.  The flip side of this of course is the realisation that given this, you can understand why some ‘Ministers of God’ see such practices as Black Magic and Satanism!

However, as I have mentioned in my book I believe the Devil/Satan/Lucifer, or whatever you chose to call him, is a scapegoat figure deliberately created as a symbol of projection.  It’s so much easier to project one’s fears, anxieties and insecurities onto a blame figure rather than take responsibility for one’s own shadow.  This why people who are fanatical, fundamentalist Christians live in fear of their own Shadow which they then project onto others, seeing evil in all sorts of people, practices and alternative beliefs, calling them demonic and the work of Satan.

Cunning craft/witchcraft is far more mundane and pragmatic than these sensationalist imaginings, working with ordinary folk to try to help resolve their everyday but important issues and problems.  It’s been that way for centuries and probably will ever continue thus!

3 comments on “The Devil’s in the Details.”