I’ll always remember the very first public talk I gave about my work as a Village Wisewoman.  I went through a whole gamut of emotions, and my nervousness conjured up, in my dreams and waking hours in the days leading up to the event, all sorts of imagined scenarios.  My doubts and fears concentrated on things inevitably going wrong in some way.

We’ve all seen it happen with others,  and in my time I’ve seen many speakers that quite honestly should just stick to writing and leave it at that!  However, they are often pressurised by their publishers to give talks in order to promote their books, and I have witnessed first-hand the tortures and mental anguish that they (and their audiences) suffer as a consequence!

Standing up on stage in front of perhaps a hundred odd people is a very lonely and exposed place and can be terrifying.  You will be closely scrutinised by everyone in the audience for most of the talk, so appearance really plays an important part.  We don’t realise sometimes how our body language and mannerisms can say so much about who we are.  Some try to counteract this by hiding behind stage furniture such as lecterns and tables or bury themselves in sheaves of notes that invariably get dropped or muddled up.  In this technical age many resort to slideshows or Powerpoint presentations in order to avoid the relentless public gaze.  This to a certain extent can work to distract, but equipment is known to be notorious for breaking down at the crucial point, or showing the wrong slide and any machine is only as effective as its operator.  Besides which, if you have become known as an author, many folks want to see what the writer is like in the flesh so to speak, so this kind of curiosity is to be expected.

Some advocate staring into ‘the middle distance’ in order to focus and concentrate but often this method produces the effect of the talk being pitched at the audience which isn’t in my opinion very inclusive.  I’ve seen this way employed by many lecturers who have swathes of information that they endeavour to instil into their listeners.  Unfortunately this can have the effect of sending the audience into a semi-trance because they are not being actively engaged by the talk.  No matter how interesting the topic may be, if you don’t have at least occasional eye contact with your audience, then they can either get restless or worse – fall asleep!  Fortunately this has never happened to me, yet!

Nowadays most talks are conducted with the aid of a microphone which neatly deals with the problems of voice projection, but care is needed especially with old equipment to avoid feedback howling and the like.   Tone of voice, pitch and attitude is also crucial for obvious reasons.  No-one wants to be dictated to in any kind of hectoring way,  but it’s also important to avoid monotone voices which inevitably leads to monotonous boredom.

I think that most people’s biggest fear of public speaking is ‘drying up’.  This can be literal, so it’s always a good idea to have water handy.  Take sips only, gulps can cause choking if it ‘goes down the wrong way’ – and watch out for those ice cubes that some helpfully add to the water, they can be lethal!  Mostly though, what I’m talking about here is the dreaded mind going blank scenario.  This can happen at any time to anyone, and all I can say is that it’s down to the individual personality as to how this is handled.  A lot depends on your audience and your relationship with it.  It’s always well to remember that (1) you will never please everyone – there will always be detractors, and (2) there will always be some who are there supporting and agreeing with you.

I feel that it is important to allow time for questions at the end, as folk can feel a little cheated if this is denied to them by a speaker rattling on over time.  I know that this can be particularly nerve-racking as you never know what people might ask you. If you know your subject thoroughly and are ready to expect the unexpected then you’ll be fine, and may actually enjoy it!

Finally, how did I get on with my first talk?  Well, it actually went very well.  The person introducing me thought it was a clever idea to start telling the audience some of the anecdotal material that I was going to include later.  I was so incensed by this that I forgot my nerves and started with “For a moment there I thought he was going to do the talk for me!”  This produced supportive laughter from the audience and I was away and off to a good start.  I had formed a rapport which to me is the most important thing to have between yourself and your audience.  I loved my subject matter and it showed through my animation.

Reading back, I think I have definitely written on the ‘terrors’ of public speaking.  The only helpful advice I can give is:

If you’re passionate about your subject matter, then try and share that enthusiasm with your audience.

Be yourself, whatever that is.  It just won’t work if you’re trying to be something that you’re not, because on that stage you will fool nobody, so you might as well be natural. 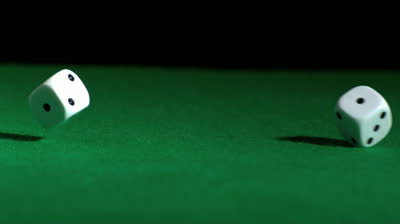