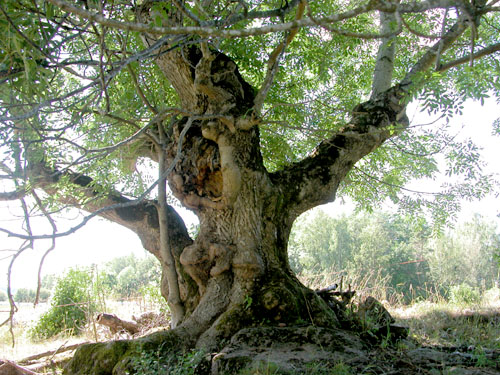 When I walk out on the Land there are many reasons for doing so and how I am feeling has a great influence upon where I end up walking to.  Today I was distressed and at first made for a place deep within a blackthorn thicket because that is where I wanted to be.  Away from human life and its petty dramas and tucked away where no-one would find me, except the spirits and creatures of that place.  After some time spent venting and ‘debriefing’ as I call it, the distinctive sound of a raven calling summoned me from my emotional struggles.

Now the raven has always been a special creature to me and I have had a connection with this enigmatic bird for decades – way before it became all the rage as a ‘totem animal’!  The ravens here in Cornwall tend to nest on the cliffs but occasionally a solitary raven makes an excursion inland and I have always found the appearance of them to be of significance to me.  This particular raven was soaring high in the sky and, every now and then, tumbling in the air over an ash grove that is nearby.  Responding to the call of the Lady of the Woods as sometimes the ash tree is known, I left my thorny cave and walked down into the heart of the grove. 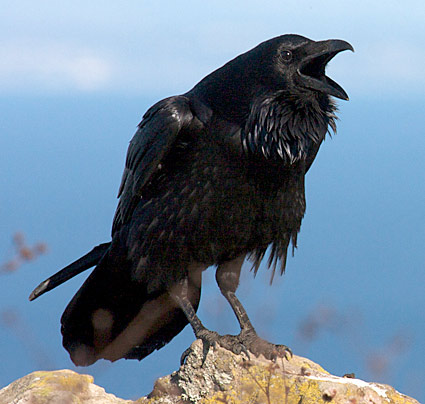 The ash grove is a place that I have used for workings and contemplation for more years than I care to remember.  Whilst nowadays pagans and new-agers swarm to the stone circles and chambered tombs which litter our landscape, my personal idea of a sacred site has been hidden amongst dozens of old ash trees.  Ash is renowned for its magical and medicinal properties and is indigenous to Britain.  It is thought to have healing powers and ash logs burnt on the fire protect from evil spirits.  Its wood is a natural shock absorber which is why it’s used for tool handles such as spades and axes.  I think that it is this quality that comes to the fore energetically speaking when I’m shocked or upset.  Time spent amongst these old ash trees is time well spent indeed.

I have noticed that although parts of an ash tree can die, young shoots can still grow out of and alongside its carcass so, like the yew, I feel that it has regenerative qualities.  There is a particular moss-covered tree that I gave the last of my wise-blood to before surgery nearly 15 years ago.  Alongside this is a younger tree that over the years I have utilised for wart charming as it is peppered with some wonderfully warty holes.  Another tree has been used by honey bees for their hive for ages and there are active badger sets scattered within and around the edges of the woods.  I’m very familiar with the spirits of place here and the grove does contain some particularly potent guardians who lie in wait for the unsuspecting.  They aren’t always apparent but can follow the unwary traveller home and wait until the time is right to act with the utmost mischief if they feel that they deserve it.  Nothing to worry about if appropriate respect is shown – but they abhor interference, arrogance and  mean-spirited troublemakers.

On a couple of occasions I have come across evidence of ‘pushy pagans’ who insist on leaving their mark on the place by building circles with stones and the like.  These wild places don’t need rearranging  so I make sure to deconstruct these edifices when they appear.  We see enough of this sort of debris at West Penwith’s ancient monuments without having to clear up the woodlands as well.  I’ve never really understood this need to leave a mark behind – it smacks of territorial issues to me.  I was taught to leave no traces behind me and I continue to maintain this as good practice.

It appears that some folk make a real song and dance about who they are and what they do magically speaking.  Lately there seems to be a tendency for some to take upon themselves rather grandiose titles for actually quite ordinary functions.  For instance, I have heard of one man who goes around calling himself the Keeper of the Stones(!) – when all he is doing is the same as dozens of others locally who regularly visit an ancient site near to where they live and report any damage.  Not too surprisingly these volunteers are simply called Site Monitors – I’m one myself for Boscawen-un stone circle.  There are sadly countless other examples of Priestesses of Waterfalls and Guardians of Barrowmounds – which means there are an awful lot of people who are so deeply insecure that they have to think up rather ridiculous titles for themselves to make them feel self-important.  As you can tell, I get a bit crabby when I come across that sort of pretentiousness…!

Sitting quietly in the grove reminds me of when I used to escape to the woods as a child.  Home was not a good place to be, and the only place I felt safe and secure was amongst the trees and the woodland spirits.   I find I can truly open myself up with impunity and absorb the energies from all the creatures and growing things surrounding me.  It’s a sort of letting go and being fully aware at the same time.  I don’t always come away from my times of contemplation with fully formed answers, but I do have a much stronger sense of how to handle things, even if I haven’t totally resolved whatever problems I had when I first arrived.

I have learned so much from this haunted grove and surroundings that it feels part of the very bones of me and nothing can take that away.  🙂