All Hallows Gathering 2015 – Part One

Group shot of all sides at the All Hallows Gathering – Photo credit: Dougie Latham

What a spectacular event the All Hallows Gathering turned out to be!  As one of the main organisers I was experiencing considerable nerves and trepidation as Halloween approached this year – I had never attempted anything of this size before which involved quite so many people and logistics.  My main concern was the weather but as it turned out the weather gods were kindly and it was a beautiful winter’s day and evening.  Another issue that was on my mind was what the attendance would be like – performers as well as audience numbers.  I needn’t have worried as I watched what eventually turned out to be hundreds people slowly arriving and setting up.  The air was electric with expectation and anticipation and it was heartwarming to see so many people gathering together to celebrate All Hallows in such a special way.

Events kicked off at 2 pm with Catseye Morris, based in Cornwall – the side that I belong to as a member of the band, and Laetitia as a dancer. 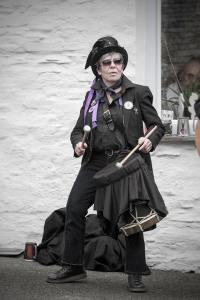 Next up was Shadow Hunters all the way from Worcestershire.  This is a group that was especially created for this event.  It started off as a ‘Dark Morris’ scratch side and evolved to become an official Border Morris side.  They were energetic, elegant and spooky – not easy to achieve!

“Dancers of the Dark Morris . We come from the woods and dance …..and then slip away back into the shadows.”

Then came the infamous Beltane Border Morris from Devon.  They are renowned for their theatrical and punchy performances and we were delighted that they decided to join us at the Gathering.

So for the next two hours onlookers were treated to some remarkable performances from these Morris sides: 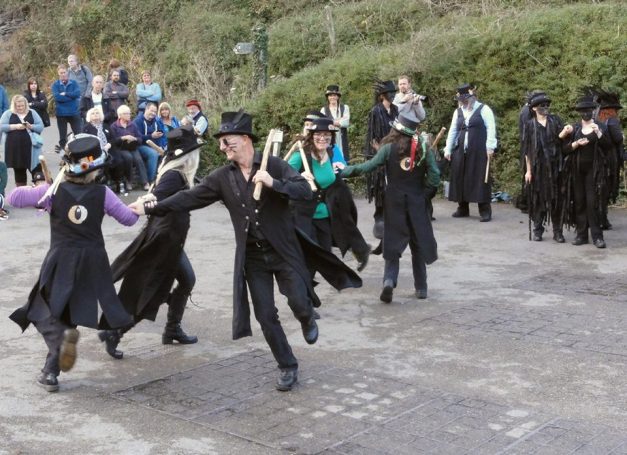 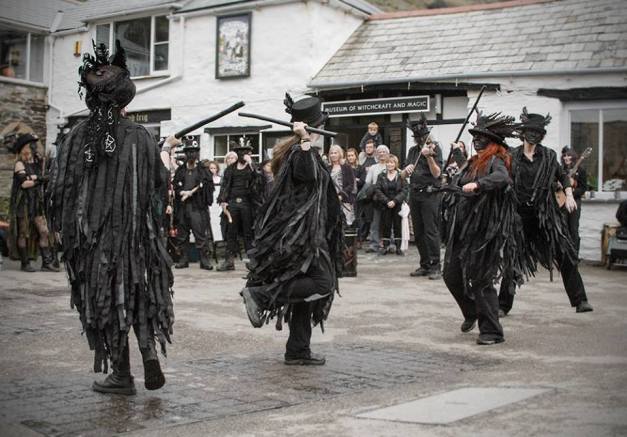 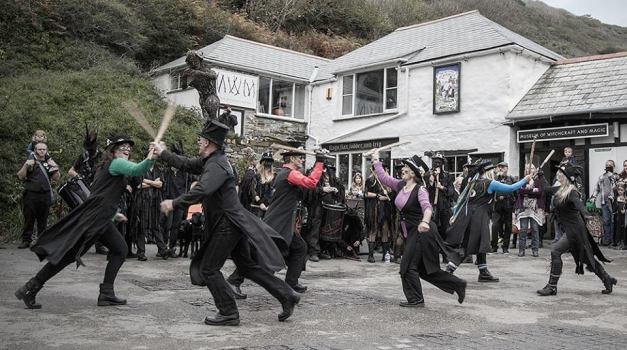 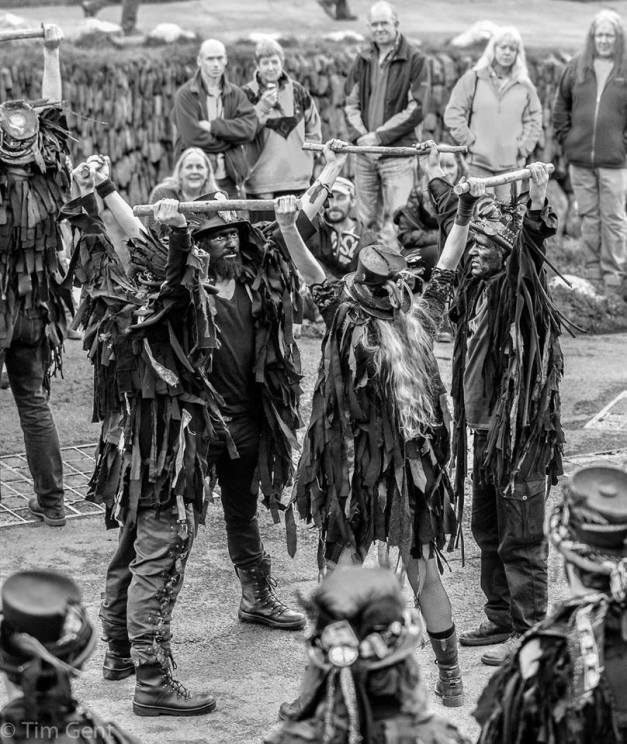 Then it was time to go and get Penkevyll from her stable where she was impatiently pawing the ground, so to speak.  The crowds delighted in her antics and then as the tribal drums began, witnessed Penkevyll and her Teazer (yours truly) start the dance which called up the Mari Lwyd(s).

Sure enough it was soon time for us to scuttle into the Museum of Witchcraft and await the arrival of the famous Mari Lwyd.  Once the Mari(s) had a short ‘meet & greet’ with the audience it was time for the pwnco ceremony.  Here’s some photos and footage of this old tradition: 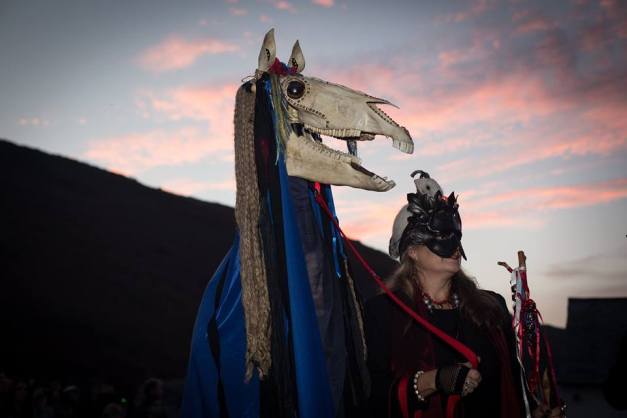 Once the Mari Lwyds had gained entrance to the Museum there followed introductions.  Penkevyll and Y Fari Troellog were old friends, but Penkevyll and Mari Celeste had not met and exchanged pleasantries as only Obby Osses and the like can!  We then set off around the Museum bestowing blessings as we went.

Then it was time for much-needed libations of soul cakes (baked by Museum manager Peter) and beer – which was much appreciated by all concerned!  🙂

Meantime outside Steve Podger, my very able Master of Ceremonies, with the fantastic support of Beltane Border Morris entertained the crowd by torchlight with some powerfully evocative and wild dancing. 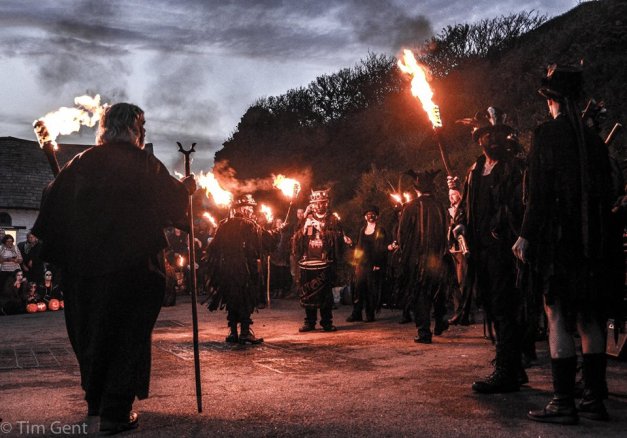 Once they were fed and watered, the Osses emerged from the Museum and mingled with the large crowd and danced to the pulsating tribal beat of the drums until it was time to end this part of the evening. 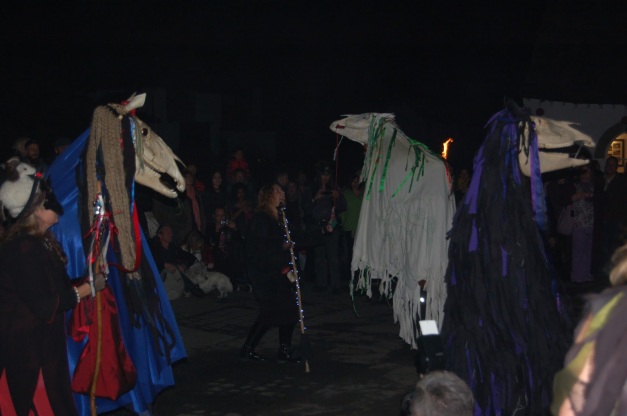 Steve our trusty MC, wound up the day’s proceedings and we wended our weary but elated way into the night for a well-earned dinner at the Cobweb Inn!